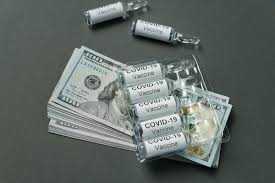 The Equal Employment Opportunity Commission (EEOC) issued guidance on May 28 that, under equal employment opportunity laws, employers may offer limited incentives to employees to be vaccinated, so long as the incentives are not coercive. But the agency cautioned that a “very large incentive” could make employees feel pressured to disclose protected medical information. And it noted that other federal, state and local laws may come into play.

Large Exception to Limits on Incentives

Employer incentives for employees to disclose their vaccination status are not substantially limited if employees got the vaccine voluntarily from someone other than their employer, according to Jonathan Segal, an attorney with Duane Morris in Philadelphia.

Segal added: "At least under the guidance, an employer should be able to offer a very large incentive—for example, $500—so long as employees are vaccinated by their own provider and not by the employer or a provider acting as an agent of the employer, such as a designated pharmacy or health care provider. Of course, a federal court could come out differently and state law could be more restrictive."

Job Openings Reach Record High, But Where Are the Applicants? by RoyMaurer

The number of available jobs in the U.S. is at a record-breaking high while unemployment remains significantly elevated, leading employers in need of workers to wonder, where are all the job applicants?

The latest monthly Job Openings and Labor Turnover Survey, or JOLTS report, from the U.S. Department of Labor (DOL) showed job openings surged to a record high in March, led by 185,000 new openings in hospitality and food services. Openings overall shot up 597,000 to 8.1 million by the end of March, the highest monthly total since the report debuted in 2000.

"The extraordinarily high job openings number is a sign of how strong labor demand is as employers quickly ramp up after almost 16 months of an economy that was ravaged by the pandemic," said Nick Bunker, an economist at the Indeed Hiring Lab.

Postings on job search sites like Indeed have also surged above pre-pandemic levels.

"It's only natural that you'd see record job openings this year after record job losses last year," said Nela Richardson, senior vice president and chief economist at ADP. "Over 20 million jobs were erased in a two-month period in 2020, about as many as were created over the preceding decade."

A separate report from the National Federation of Independent Business (NFIB) showed small businesses reporting record-high vacancies in April. "Small-business owners are seeing a growth in sales but are stunted by not having enough workers," said NFIB Chief Economist Bill Dunkelberg. "Finding qualified employees remains the biggest challenge for small businesses and is slowing economic growth."

Meanwhile, nearly 10 million people are classified as unemployed, meaning they are actively looking for a job. Payrolls increased by only 266,000 jobs in April, the unemployment rate crept up to 6.1 percent and employment is more than 8 million jobs below where it was in February 2020, before the coronavirus pandemic emerged to wreak havoc on the economy.

So what is behind the disconnect among an abundance of open jobs, persistently high unemployment and the lack of workers applying for those jobs?

No Clear Answer -"It's a really complex issue, and the answer lies in a confluence of a number of things," said Isabel Soto, the director of labor market policy at the American Action Forum in Washington, D.C. "One popular culprit is a lack of access to child care. Another is still the pandemic itself."

Experts agreed that while tremendous strides have been made in the vaccination rollout and COVID-19 cases have been declining, the virus is still circulating and only half of adults just became fully vaccinated.

"[Labor] demand can move a lot more quickly than supply," Bunker said. "Employers want to add a large number of workers right now, but workers may not be ready to take that step. Many people had to adjust their lives over the last 15 months and may need more time to unwind concerns about being physically close to other people."

Richardson added that it's becoming apparent that a seamless reattachment of pre-pandemic employee to employer is not going to happen. "Some small businesses went out of business. In the process of reopening, some companies may have changed the roles they are hiring for—delivery drivers instead of in-store retail workers, for example. There are structural shifts in the labor market and beyond that make reattachment not as easy to accomplish. The lack of child care and not all schools reopening have been a real impediment to employment."

Pandemic-related early retirements may also be more significant than previously thought, Bunker said. And there is still a historically large number of people who report being on temporary layoff or furlough, who may be holding out for their old jobs, he added.

A skills mismatch is another explanation for the apparent worker shortage, as those classified as unemployed may not have the skills to qualify for open roles. Still others say employers need to pay higher wages. Companies like Chipotle and McDonald's are announcing that they are raising compensation for hourly workers and offering referral and signing bonuses to attract workers.

Focus on Jobless Benefits -The most contentious debate over the reason for reported labor shortages revolves around the weekly $300 federal unemployment benefit, which is paid on top of regular unemployment payments. There are also new programs that cover people who are self-employed, gig workers and others who do not qualify for regular state unemployment insurance programs, as well as waived eligibility requirements to receive unemployment benefits.

In the week ending May 1, about 16 million people collected unemployment across all programs, of which over 6.6 million people are those who had not been traditionally eligible, and 5.1 million were enrolled in a program for assistance that extends the number of weeks one can qualify for benefits.

Economists have found that, on average, anyone who previously made less than about $34,000 per year would receive more money by collecting jobless benefits than the person would by returning to work. Are the enhanced benefits, due to expire in early September, temporarily discouraging millions of people from rejoining the labor force?

Soto added that enabling people to get back to work as quickly as possible should be the main focus for policymakers. "Ending the $300 weekly supplemental unemployment benefit would be a move in the right direction. The greater wage replacement people have with unemployment benefits, the longer spells of unemployment typically happen. We've seen that with past recessions."

Bunker said the weekly unemployment supplement could be a factor in some unemployed workers becoming choosier about a new job.

Michael Farren, a research fellow at the Mercatus Center at George Mason University in Arlington, Va., agreed, saying, "Workers know that they have until the end of August to find the job they really want and not just any job. But the longer a person stays out of the labor force, the more likely they are to never rejoin the labor force. Skills decrease, labor force attachment decreases, work habits diminish and people adapt to a new normal."

Farren believes that the increased generosity of federal unemployment benefits and relaxed eligibility restrictions have contributed to worker hesitancy to rejoining the labor market. But he doesn't think those changes are the biggest factors, citing health and family care concerns as stronger contributing drivers than the padded unemployment checks.

One clue comes from the government's data collection. The JOLTS data is from March, and the unemployment rate is from mid-April. "The two reports don't reflect the same time period, and the economy is undergoing rapid change right now," he said. "The working-age population wasn't even permitted to get a vaccine until after the unemployment rate data was collected. Arguably, you still had a lot of people avoiding the workforce while that data was being collected, for health reasons and fear of contracting the virus. A substantial number of schools were also still closed down for in-person learning or conducting partial in-person learning during that time, keeping some parents from applying for a new job."

Gianforte said that by June 27 Montana will end its acceptance of expanded unemployment benefits from the federal government. Montana already offers a maximum individual unemployment benefit of $572 a week. With state and federal benefits combined, it was estimated that about half of Montana's workers made more on unemployment than they did while working.

Since the governor's announcement on May 4, at least 23 additional states have followed suit in pulling out of federal unemployment benefits in June and July, and President Joe Biden responded by ordering the Labor Department to ensure that unemployed workers do not draw enhanced federal jobless benefits if they turn down a suitable job offer. The DOL will also work with states to reinstate work-search requirements, which require that anyone collecting unemployment benefits provide proof that they are actively looking for work. At least 36 states will now require anyone collecting unemployment to search for a job and provide evidence that they're doing so.

The Delaware law that specifically addresses prohibition against sexual harassment under the Delaware Discrimination in Employment Act (DDEA), requires anti-sexual harassment training requirements for employers, with 50 or more employees in the state, every two years.The law went into effect on January 1, 2019 and now is the time to conduct the mandatory interactive training.

HR Strategies, LLC is available to present interactive training programs consistent with Delaware’s training requirements. We can provide the training in-person or virtually. Contact HR Strategies to schedule your organization’s required training or schedule new employees for a class.